I just watched the finale of The Apprentice, one of my guilty pleasures. I LOVE to learn everyone on the show about business, hustle, creativity, teamwork, etc.

This season I was surprised that the person I thought would become the next Apprentice actually lost.

I like Brandy, but I thought Clint was a strong 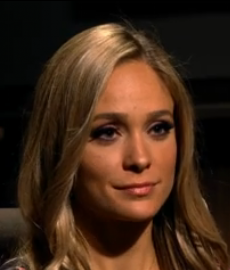 Anyway, Brandy did something that was consistent with her brand and personality.  In her final words, before the decision was revealed, Brandy said something that blew me away.  When I was listening I thought “no way The Donald is going to stand for that insubordination!”

In minute 38 minute she said the following lines (I am leaving some of it out):

“I could maybe teach you something along the way…

“I would love the chance to work along .. the next generation of the Trump brand…

Whoa! Trump’s ego is perceived to be bigger than his brand (and that is Texas Big!)… I thought it was really, really gutsy of Brandy to even go there!

It wasn’t SAFE (whereas Clint stayed with SAFE, talking about all of the certifications and degrees and credentials he has accumulated).

Not that Clint wouldn’t do it, but Brandy proved it in her last few seconds… It was gutsy, and it was the right decision.

Maybe if it was someone other than Donald Trump it wouldn’t have been the right decision, but it was for her.  Whether she gauged that, and risked it on a guess, or she was just being true to herself, she said it.

3 thoughts on “Interview Secret From The Apprentice (Dec 2010)”