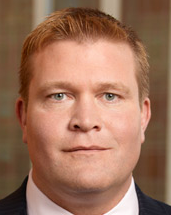 After Clint’s answer … and his last statements were good ones, so I thought there would be no way Brandy could “trump” Clint…

I’ve been wondering why Clint didn’t win.  I would have hired him in a heartbeat – he has significant drive (and a number of other characteristics).

Was it his over-use of “y’all” at the stuffy, rich-person event he managed?  He was called on that in The Boardroom.  That didn’t bother me, though, because I have significant ties to Texas, and I hear “y’all” all the time.  I kind of forget how East Coast people are about West Coast language.

I’ll tell you what my turnoff was, though, and it all happened in HIS final minutes as he answered the question “why should I hire you.”

Clint went on to say something about having all of the paper on the wall – he’s a CPA, attorney, real estate broker, etc.

I guess that is okay to say, but I have some problems with his response:

“You already know I have the educational credentials to do the job.  As you’ve seen over the last few weeks I am strong in leadership.  When (and then tell a story that supports this).  I also have high integrity, as was shown when (tell another story).  You have seen my ability to delegate to people who are right for a task and guide them to success – I did this multiple times, like when (story) and (story).  Finally, I may be a bit unpolished, as you’ve seen with my use of “y’all,” which is second nature to me, but I am a quick learner and will adapt to the audience as needed.  You saw an example of my ability to learn quickly when (story).”

Note: Brandy, who won, is also an attorney, and she didn’t mention her credentials (IIRC).

1 thought on “Another Interview Secret From The Apprentice (Dec 2010)”