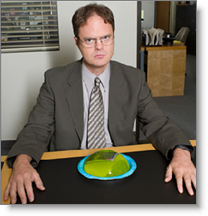 When I started my job search I didn’t realize I was a “candidate.” Much less, I didn’t understand I was the worst kind of candidate… that is, one who is actively looking for a job. As I started understanding the recruiter world, I learned this:

An active candidate is someone out of work and actively looking for a job.

A passive candidate is someone who doesn’t know they are looking for a job, and seem to be happily employed.

The idea is, if you are an active candidate, you probably suck. There is some reason you are out of work. Perhaps you are incompetent. Perhaps you were fired with cause. Perhaps you slept on the job, made too much noise, didn’t produce well, etc. All of the things that would make me, as an employer, NOT want to hire you.

You are a Loser.

On the flip side, a passive candidate is the golden candidate. Since they have a job, they must be good, right? They work well with others, are competent, add value to the company, and probably won’t deliver any grief to anyone… and this is exactly what a recruiter wants to take to their client (the company with a job opening)… not a loser, but a winner!

Obviously, whoever came up with this theory has never seen THE OFFICE!

I found out how this works when I was an active candidate. I was a loser, and it really, really sucked. 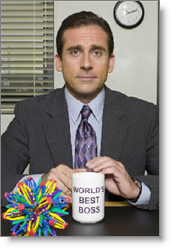 It’s unfair, and in my mind, discriminatory. But hey, we’re human, and that’s how it is.

Regardless of what I’ve done before, or what I could produce for your company, I was not desirable.

Just because of one thing (my unemployment status), something that I was trying desperately to resolve.

So how do you become a passive candidate when you are, indeed, an active candidate? I’ll share two ideas, but I’d love to hear your ideas:

I know there are more ways to be, or appear like, a passive candidate… what have you done or seen?