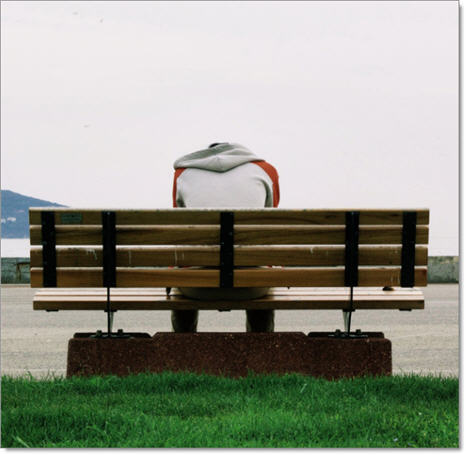 Imagine walking to your mailbox right after the mailman comes. You are the first person in the neighborhood to get your mail. You are actually the only person around. All of the streets are empty. No kids, no dogs, no joggers. Just you.

That is an image burned in my mind from 2006, when I went out to get my mail. I looked around, and there was nothing. It was like a deserted town. Everyone was off doing meaningful things. Everyone had a purpose.

All I had was a dreary list of things to do, like go back to my laptop and look for openings. And email people, again, who weren’t returning my email. I could look over my target company list for the umpteenth time, trying to figure out how to crack into any company, all of which felt like Fort Knox.

Granted, I wasn’t doing the right things in my job search. I thought I was, but I later learned I was doing things that were “less effective.” Working on unimportant things, alone, was drudgery. It was discouraging. It led to depression.

When I did get around people I found they had purpose. They had titles, income, they could pay their bills by themselves. I was not alone, but I was lonely.

When I was speaking a lot a few years back, right after my first book came out, I would go to job clubs around the US and see the loneliness in people’s eyes. They put on a smile the same way they put on nice clothes that morning: out of obligation. But most people at a job club are not what I’d be happy to be there.

They would have been much happier to be at an industry network meeting, with a business card that showed their title and company. Not at a job club, with a bunch of other people who for some reason didn’t have a job (but wanted one).

The smile masked the loneliness.

I know what it is like. I knew for a lot longer than I thought I would, because my job search was long, drawn out.

The job search doesn’t have to be lonely. It really doesn’t.

I went to lunch with a guy who had at least three lunches a day. He wasn’t gluttonous. That was just how he networked. He wasn’t lonely. He was having the time of his life. He got to meet people and dig deep and really get to know them. He learned about them, their careers, companies they worked at, opportunities, and people they knew that he should get to know. He got introductions and expanded his network, all the while making real and meaningful connections.

He wasn’t as lonely as I was. He also wasn’t spending the time I spent on job boards, looking, hoping, waiting, and being ready.

I’m here to tell you, there are things that you can do to help you feel less lonely.

There are also things I can do to help you feel less lonely.

I’m working on something right now to help job seekers in a way that I haven’t since I started JibberJobber. I’m super excited about it, and will be dedicating the next few weeks to get it designed and built. I’ll talk more about it later, but if you have any questions, or suggestions about helping take the lonely out of the job search, let me know. I’m all ears.