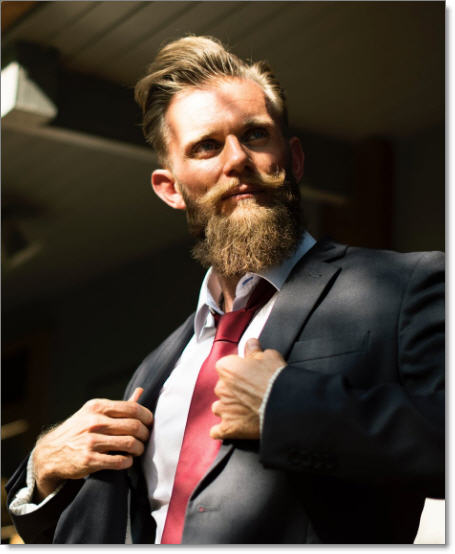 Last week I had to wear a suit somewhere. I don’t remember where, but my 12 year old daughter was pretty impressed that it only took a few minutes to go from yard work clothes to a suit. Her comment gave me pause. She said: “Wow, dad, you are really good at putting a suit on.”

I’ve been mulling that comment over since she said it. At first I was like “well, I’ve been getting dressed by myself for most of my life.” And, “I’ve been wearing a suit (or dress clothes) for as long as I can remember.”

One of my thoughts was that a suit isn’t that much different from normal clothes. You put pants on. You put a belt on. You put a shirt on (buttoning a shirt isn’t that much harder than putting a t-shirt on). You put on socks and shoes, and a jacket (not hard to put a jacket on). Oh yeah, you put a tie on, but I’ve been tying my own tie for over 30 years. No big deal.

If I asked her to put on a suit it would take longer. She has worn a suit, I think, for a play she was in. Aside from that, I don’t think she has ever worn a suit. The steps, the attention to detail, are foreign to her.

When I talk to someone who has been in the job search for a few months I can talk about things like networking, “coffees,” informational interviews, follow-up, etc. and it’s not a big deal. Okay, most people aren’t doing, and don’t know how to do, informational interviews. But the rest of that stuff is stuff they know how to do. They’ve practiced it. They know what’s hard, what’s easy, what needs more planning and prep time and what they could wing. They are comfortable with those tasks, and they can do them relatively easily.

If I talk to someone who is just starting the job search and talk about anything job-search related, I would get more of the deer in the headlights look. Talk to people? About what??? Go to a networking meeting? Why??? Information interviews? I have no idea how to do that!!!

One day, a noob job seeker will say to you, in awe, “wow, you do that so well/easily/fast! You are so good at that!”

You’ll get there. Just practice, every day, at this job search thing. It will get easier, and better, and then you’ll land a job.