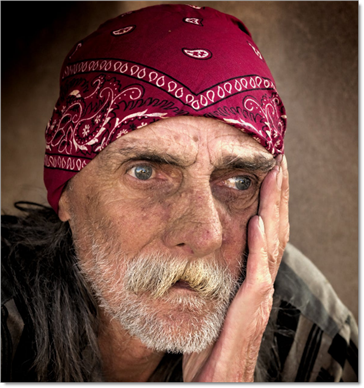 Ever hear the phrase “things work out for a reason?”

This morning I was thinking about some of the things that didn’t seem to work out in my career, and the emotions around each failure, and then think about where I’m at today.

Where I’m at today is not wildly successful, or even where I want to end up. But I’m doing better than if some of those things actually had worked out.

One of the first big blows to my career plans was when I was in college. I was working full-time for the federal government as a clerk making about $11/hour. That was good enough money back then that I was working with people who were breadwinners. Granted, they weren’t winning much bread, but it was enough to live on. Older adults, people with kids, etc. I had the opportunity to take a series of tests to be a contract linguist, which would have paid around $24/hour. This was really good money. Just as exciting was the fact that I would be able to work as a contractor, remotely, on my own schedule. This could give me the flexibility to finish school, perhaps do other contract jobs, etc.

I got through the first three tests fine. The last test was very subjective, and I “barely failed.” I think there were some politics involved… definitely enough circumstances that I could have brought it up. Instead, I walked away, feeling really bad about missing this super opportunity.

Fast forward to when I got laid off in 2006. My career path and plan was defined and going well. But then, some bad stuff happened. I was working in an environment, with a person, that wasn’t good for me. My plan changed when The Board decided to let me go and keep the toxic person. Everything came to a halt. Just a business decision, I kept telling myself. Meanwhile, no income, but bills kept coming in. This “business decision” had a huge impact on my personal business!

Things should have worked out, but they didn’t. Why??

Within a few months of launching JibberJobber I was on the phone with someone who was in a decision-making or big influencing position in her organization, and we were talking about a very good-sized monthly contract. This was “it.” It would have been awesome. We made all the progress we needed to make, and it felt like we were days away from a signature. Talks of them acquiring JibberJobber were surfacing. And then, radio silence. For months. No return to email or phone. Nothing. I found out later that her division had been sold off, and she couldn’t talk about anything. Something great was about to happen, and instead it died.

I could tell you more stories like these. Things didn’t work out. I think, for a reason.

What are your things that aren’t working out right now?

Trust me when I say I feel the pain, discouragement, despair, etc. that you feel when things don’t work out. Things you’ve worked hard for. Things you’ve invested your time and heart in. But for some reason they just don’t work out. The pain you feel is deep, but TEMPORARY. If you keep working, keep trying, stay creative and hopeful, then you might get to work on Plan B, or Plan C, or Plan D.

I’m not encouraging you to hold out and find your success, however you define that, until you are in your sixties. I am encouraging you to look at why things aren’t working out with a renewed perspective. Each time the thing I planned for, worked for, and counted on didn’t work out, it led me to a time of questioning myself and my future. But, I pushed through it, kept working, and something, somehow, worked out.

Keep on it, work through it, exercise your creativity, and just wait to see what Plan B or C or D will bring!

4 thoughts on “Sometimes, Things DON’T Work Out for a Reason”