A few days ago I wrote Time Magazine on Labor Day, Unemployment and Stress and Teena Rose asked a really interesting question in the comments:

I have a question for you Jason … and if anyone can answer, you can, seeing as how you have an IT background. Do you know how long it took for the IT industry to realign when that bubble burst? I’m sure there wasn’t 15 million IT professionals (was there?) unemployed back then, but …

Very interesting!  I remember the time well but I was in a secluded little town with a nice stable job… I could essentially watch from the sidelines and be glad I didn’t pursue my original dream of heading straight to Austin, Texas to work at Dell or something like that (I heard there were a ton of unemployed IT people in Austin during that time).

I asked my friend Heather Gardner, who is a recruiting professional in the Silicon Valley and Bay Area – she gets a terrific perspective of what’s going on in the job search world from that perspective.  Here’s what she had to say: 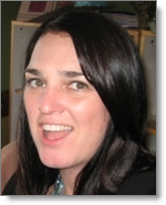 I’m not sure what the “right” answer is to Teena’s question, but here’s what I would say if we were having a chat. First, there has never been such economic downsizing since I became a recruiter…. Even the dot.com bust does not compare with what we are currently experiencing.

Unemployment is high, job losses are growing with more to come and what’s not being reported but has an effect on the economy is the companies cutting back on people’s hours (furloughs) not only in State & local government but the private sector.  This drastically affects a household on the financial edge to begin with….. regardless of what happened with the dot.com bust, this is much different.

Okay, now for the good news.  Just because it’s bad out there doesn’t mean it’s impossible to find a job. There ARE people getting jobs, finding multiple opportunities for employment and entrepreneurs who are thriving in this market, yep, thriving.

What I see working for job hunters who are successful is that they think outside of the box, understand that they are in a sales role now and they don’t give up.  If something’s not working they make changing, they qualify openings to make sure they can position themselves as the “right” candidate and they are stealth networkers.  The IT Manager who just got laid off, he/she needs to have several versions of his/her resume:

Now this IT Manager can open up doors for a variety of different career roles.  The good news now is that this IT Manager that just got laid off has increased his/her chances of landing a role that they are perfectly qualified to do.

I think the best approach to this job market is NOT to compare to anything we’ve experienced before, but rather think outside the box. The more resourceful you are the better your odds are of landing that perfect role, even in this down economy.

I know people getting jobs right now…. I know companies that are hiring…. It’s possible!