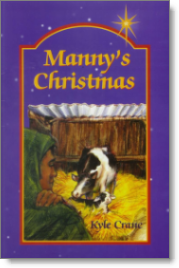 Recently the JibberJobber One Thing focused on developing multiple streams of income (which was a significant factor in me going out on my own, and moving forward with JibberJobber).  Here’s what it was:

Today! Tell me how you could make an additional $1,000 this year, OUTSIDE of your current job/employer.

I’ve thought of a few things I can do, and have some of them in-progress.  Think about what YOU could do to make an additional $1,000, and then tell me about it at https://www.JibberJobber.com/onethingblog.

I hope this doesn’t make me sound too materialistic, and money-hungry.  For me this is diversification of my income, which should reduce income risk the same way a mutual fund should reduce investment risk.

I threw this out as a “One Thing” because I have been thinking a lot lately… what could I do to make an additional $1,000 next year?  Could I think of 10 things that would each make an additional $10,000?  Could I think of … 100 things?  Fun to think about, and yes, I came up with a number of ideas.  Read the comments in the post, TR has a bunch of suggestions, and Alan Ferraro suggests something that I think could make you a lot more than $1,000.  It’s all doable.

Here’s an idea that I thought was perfect:  Benton Crane’s dad wrote a book and self-published it 10 years ago.  Benton came across the inventory and thought it would be cool to move them for his dad, so he made a website.  Go check it out, it’s a very simple website, something that you (and perhaps your high school neighbor) could put together.  And he’s moving his dad’s inventory for him.

This isn’t a huge business, it’s simply a way to create a revenue stream.  It isn’t going to require Benton to work hours, and shift his energy and focus elsewhere… it’s just something to diversify his current income.  He probably won’t get rich from this, but it’s a terrific example of doing a small thing that could make a difference financially.

The book is Manny’s Christmas. I have a copy but haven’t cracked it yet… it’s a short story, which apparently is the type of Christmas book that sells well… if you are in the holiday mood, go check out Manny’s Christmas, it’s only $9.95 (which includes S&H).

What can YOU do, outside of your employer, to make an additional $1,000 next year?