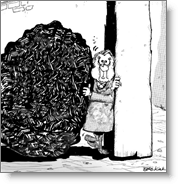 Unfolding more of “my story,” I want to share part of the demise of my career path from my last company.  Sorry for any ambiguity… but I can’t tell the whole story here… know what I mean? BTW, I share this because I know some of you are thinking about a career path strategy, and wondering if you should stay at corporate or get closer to the customer, out in the field.

I had been at the corporate office for all of my career, with a few trips here and there to the field offices.  Even after the IT group that I managed spun off and merged with our software vendor, to form a subsidiary, I stayed at Corporate.  The new president, who was the owner of the software vendor we acquired, would drive about 3 hours each week to come to the corporate office and work there 4 out of 5 days.

When he got let go I became the General Manager (I was told I was too young to be the president, and all of the VPs of the parent company would be jealous… so I got the generic title that said “not quite good enough to be president”).  I stayed at the corporate office, even though most of my team was not there.  In fact, there really wasn’t anyone in the new company at Corporate with me… but I stayed anyway.

However, things changed.  Our web team headed to an industry conference, and I got an exciting report about how our new web product was accepted.  I decided it was time for me to leave the corporate office and relocate to the office where the web team was.  Not only was there a lot of excitiment there, this was my specialty, and I felt this was where I needed to be.

I was also interested in leaving the small-town where I had been for 9 years and move to a bigger city.  So I, the general manager, moved.

And that caused the eventual demise of my career with that company.

Even though the main purpose was to be closer to a major profit center (actually, two of the three profit centers) which needed my attention, it was a very poor political move.  I distanced myself from the corporate bureaucrats … which was definitely good for productivity and focus.

But it was very, very bad for politicking.

Not that I recommend you spend all your time, or most of your time, politicking.  But I learned that if there was an opportunity for someone to get facetime with an executive, they will.  And if you don’t have enough time with that executive, bad things can happen.  Rumors, misrepresentation, … whatever it may be, when you can’t represent yourself, other people represent you.

And that’s what happened to me.  And that is why I lost my job.  Because in a politic-heavy environment, I wasn’t involved in politics.  Forgive me for doing the job I was hired to do.

So, a rock and a hard place:

Rock: stay at corporate, even though it’s not the place you should be to get the job done the way it should be done.

Hard place: moving to do the job you are paid to do, but not having the ability to coddle execs and bosses who rely too much on circumstantial information, while probably suffering from information overload.

Without knowing it, I got out of balance, and didn’t spend the time to politic as I was trying to stabalize a business.

And that led to the phone call when I was terminated.

Greatest thing that happened to me, of course.

I share this because I know some of you are thinking about a career path strategy, and wondering if you should stay at corporate or get closer to the money, out in the field.

Not an easy choice, eh?  What career move have YOU made that was great for the company, but crappy for your career?

7 thoughts on “Moving From Corporate Ruins Your Career”