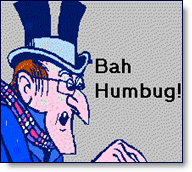 Improving communication is key to our career success, right? Here are 08 things for ’08 to help us communicate better on the digital playground.

(No, I didn’t wake up on the wrong side of the bed, these things have just been building up over the last few months)