I’ve been following Penelope Trunk’s blog for quite a while – she does a lot of stuff right as a blogger and I’ve learned a lot from her. I was excited to get her book in the mail a few weeks ago and dig into it. The very first page of the book assured me that I wouldn’t miss out on her no-holds-barred attitude and perspective:

I would be lying if I told you that writing a book was easy. My editor, Diana Baroni, transformed me from a columnist to an author. No small feat. Sometimes I imagine that while she was going through edits with me on the phone , she was throwing darts at a wall to keep her voice so even.

This is the Penelope Trunk that we all know and love, and her writing style is a perfect example of transparency at it’s best. Shortly after I met Penelope she announced that she had just signed to write for Yahoo! Finance, and became something of a celebrity in the space (this is after years of writing a career column for the Boston Globe). While she had a significant impact on JibberJobber (she wrote about it a couple of times, and it ended up on Yahoo! Finance (which then was on the front page of Yahoo! for three hours)), she has never played favorites and we’ve had some really good talks on how to either make JibberJobber better, or improve my message of what it is (stuff I have yet to implement).

So Penelope knows about writing. She likes to write with lists, use lots of examples, and give you her raw advice and perspective. Don’t expect sugar-coating in her stuff. And if you disagree with her it doesn’t matter – most of her columns on Yahoo get hundreds of (sophomoric) comments questioning her logic but she keeps coming back with stuff that is right on target.

There is a lot to her book and I don’t want to paint it into a certain corner. But as I read through it there is one resounding theme that jumps out in every chapter: the difference between Gen Y and every other generation (somewhere Gen X seems to have gotten lost between the Baby Boomers and the YouTube/MySpace masters).

Here’s the cool thing – no matter what generation you are in this book is a must read. I found myself shaking my head a number of times saying “no way, it’s not like that” only to give in and agree with her. I’m not sure how I feel about the modern workplace as compared to the workplace of my parents, whether it’s better or worse, but the truth is it is different. And Penelope packs every single page with a broad range of information on how to compete and excel in this new environment. Here are some examples, from miscellanous chapters:

And here are some chapter titles: 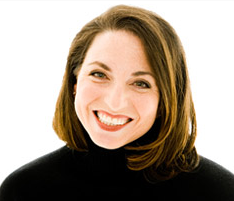 Here’s my advice: this book is a must read for everyone. If you are a Gen Y, read it and figure out your strategy for a successful career. Read it slow, mark it up and keep it as a reference. If you are a Baby Boomer, read it to understand a lot more about what drives and motivates Gen Y (and even some Gen X folks). If you are Gen X this is a must read to understand all of the oldest child syndrome (Baby Boomers) and youngest child syndrome (Gen Y) issues that you see every day at work (I couldn’t resist that analogy!)!

Like me, you’ll probably shake your head as much as you nod your head as you read this, but you can’t really argue with much of the stuff that’s in here. I had high expectations from Penelope and she certainly didn’t let me down with Brazen Careerist – The New Rules For Success.

Here are some more reviews of the book:

Rowan Manahan at Fortify Your Oasis

Ramit Sethi at I Will Teach You To Be Rich