Starting next week, on Monday June 1 (at noon MST) I will be hosting the six-session Pluralsight Job Search and Career Seminar Series.

I’m excited about this series because we are going to talk about awesome stuff that they should teach us in school, but generally don’t! We’ll talk about ideas, strategies, and tactics that are important to each of us… here are the topics: 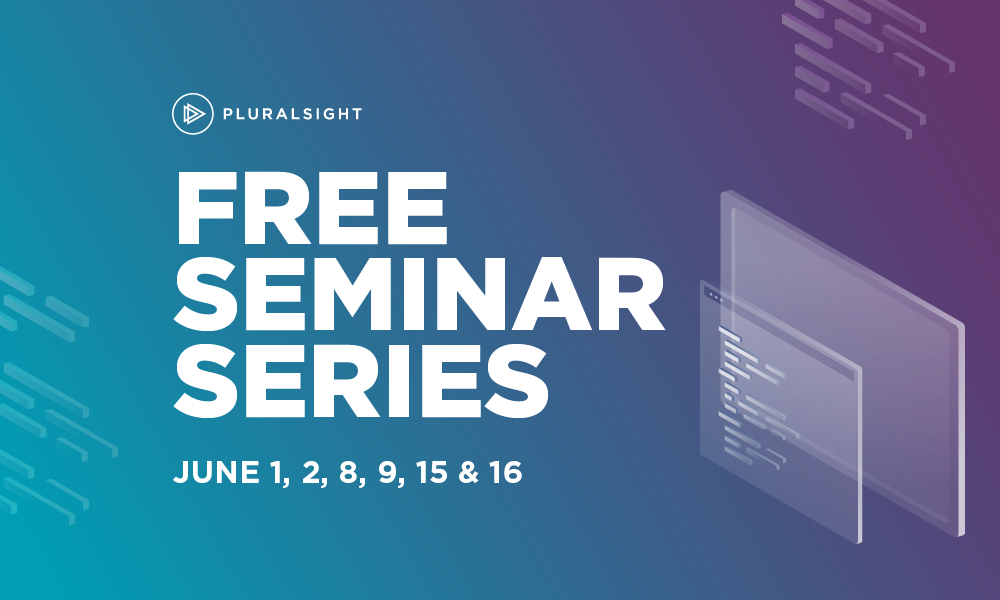 Whether you sign up or not, please share this with anyone you know who is in a job transition.

I expect to soon hear that the U.S. has reached 40,000,000 unemployment claims. That means that 40,000,000 (FORTY MILLION) people have filled out the forms to say “I lost my job, can I get unemployment insurance?” The last report I read was that we (the U.S.) was at about 14.7% unemployed. Still a ways to go from the 24.9% unemployment during The Great Depression.

But none of us lived through that (well, probably no one reading this blog post). Let’s put today’s unemployment into perspective using a comparison with a more recent event: 9/11. From wikipedia:

After the terrorist attack various repercussions took place that affected the U.S as a whole. Due to all the money and claims that were being put out to help aid the victims of the attack, as well as different security and laws to protect the U.S, caused several layoffs and un-employments. Specifically, It was said that 462 extended masses were layoffs because of the attacks that displaced approximately 130,000 employees.[44] The unemployment rate inclined to a total of 5.0% which is significant.

The “economic impact,” according to Wikipedia was that we hit 5.0% unemployment. 130,000 people were “displaced.” There were 462 mass layoffs.

The number of people who have their careers impacted is THREE HUNDRED TIMES more than 9/11.

I can’t compare a terrorist act to the virus. I haven’t cried about the pandemic, while I remember staring at the TV with tears streaming down my face, watching the towers fall. But I’m afraid that what we are seeing today is just the tip of the iceberg with the economic devastation that we might see over the next few years.

I remember when I lost my job in 2006. The economy was STRONG. It seemed like anyone who wanted to have a job could have a job. Anyone, that is, except me. Unemployment around the country was low. Unemployment, however, in my house, was 100%.

Was I broken? What was wrong… with me?

I didn’t know it then but this became my turning point. This was when I realized that giving my career and future to my boss, to HR, to company owners, or ANYONE else was a great disservice.

This is when I realized that I needed to own my own career. I was in charge of my “continuing education,” regardless of the company budget or what conferences they would send me to. I was in charge of my professional networking, and going to networking events was NOT “cheating on my team” or employer. I needed to keep up on my skills, my network, my brand, and my future.

Promises from bosses were nice and flattering, but when the boss changed, or other circumstances changed, the promises just didn’t hold water.

It’s what I would call career management. It is about self-empowerment, no matter what’s going on around me. It’s about being in control more than giving control to others. It’s about, as Dick Bolles said, options. “Having options,” he said, “gives people people hoping.”

And hope is exactly what the 40,000,000 people who have filed for unemployment need. Hope is what we all need right now.

So let’s do it. Let’s let ourselves talk about rebuilding the economy, and our future.

Join me here, won’t you?