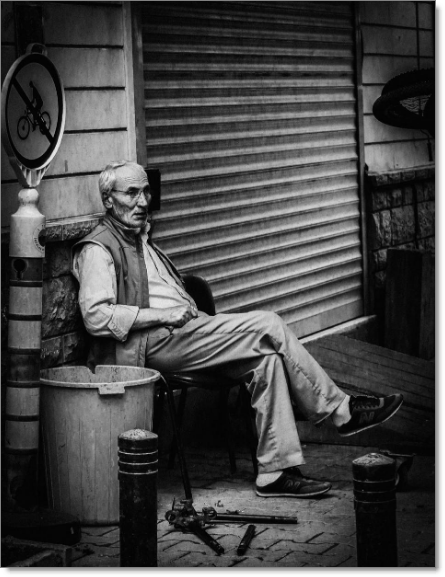 Last year I applied for a product management job at a local SaaS company. It was one of those “best places to work” companies… one that had Silicon Valley wages (which is a big deal where I live), and got all kinds of recognition for their cool software.

As I was doing company research I found a picture of their team. There were maybe about a hundred people in the picture. After scanning the picture for about a minute I realized: I would never get hired there.

It’s not young to recruiters, or hiring managers, or company owners. It’s old.

That company picture showed a team of about 100 people, all of which looked like they were in their 20’s.

Look, I don’t hate young people. But I do hate discrimination. The most blatant and widespread discrimination I see for job seekers is age discrimination. It could be because most of my audiences are first Baby Boomers, then Gen X, and I might get one or two Millennials. I hear about the problem when I speak… loud and clear!

Last night I was checking twitter and this issue came up. I wrote this:

Just watched a video from a "best places to work" company. The trend I'm seeing is a ton of young workers. I'd like to call these companies out. What are you doing about age discrimination. In a recent job I had my age was brought up at least 3 times. I'm only 45.

Truth. My age was brought up THREE times by an executive. That is three times too many.

My age was once called during a meeting with about eight people for being much older than everyone else in the meeting. I was “one of the old guys.” The insinuation was that I was not up to speed on how things were done. I was too shocked to know how to respond to that, and kept quiet.

Another time I was told that my resume needed to be different, and better, than what younger people could have. I was too old to have a regular resume. Would I like another set of eyeballs to look at my old man resume?

How do you respond to that?

Maybe I could go to HR… right? Yeah, right.

There’s a lot of talk in the tech space about females in technology (as developers) and in management (at the executive level and on boards).

I would like to piggyback on the discrimination conversation. Not to hijack it or take anything away from the topic of discrimination against females, but I want to hear what companies, especially tech companies, say about “old people.” Old, as in thirty to seventy.

Age discrimination is REAL. I feel sorry for all of the hip and cool youngsters who are happily employed now… they have no idea the hell they’ll face when they are in their forties and beyond, looking for a job. They’ll be outdated and washed up.

So where are you, leaders? What do you have to say? What are you doing about age discrimination? From where I sit, you are doing nothing. You are complicit. Please, prove me wrong.

I imagine I’m going to hear one thing from you: #crickets

1 thought on “Calling All Cool Companies: Why Do You Discriminate?”