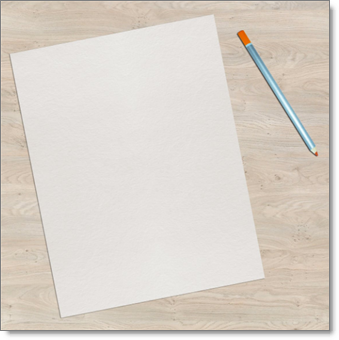 My friend Mark asked this question:

In laying out my job search strategy, I’m trying to devise lists of people I need to reach out to for coffee and informational interviews. So far, I’ve built a list of former prospects and clients from my last sales job. Would you have any other suggested sources you counsel job seekers to pursue?

This is a great question. Reminds me of when I sat down to put together my list of contacts I was going to reach out to. Imagine me sitting at a table, pen in hand, blank paper before me. I went to write someone’s name, then paused and thought, “no, I shouldn’t contact that person, because…”

About twenty minutes later, I had gone through dozens of people’s names in my mind, and disqualified them before I wrote any name down! Twenty minutes and still a blank sheet of paper!

I disqualified all kinds of wonderful people for reasons I was really just making up.

I JUST MADE UP EXCUSES TO NOT WRITE THEM DOWN!

Here’s what I have learned since then: DO NOT disqualify anyone at this stage.

WRITE EVERYONE. Even people you don’t like. Just write names.

Now, back to Mark’s question… where do I get names from?  Start with categories. Mark said he already wrote down former prospects and clients.

What about people that you worked with at your last company? Especially those who aren’t at that company anymore?

What about anyone you’ve ever worked with? Go back one, two, three, ten companies, and list names that you can remember… colleagues you worked with. Bosses, peers, people who reported to you, etc.

What about your competitors? What companies did you compete against? List people who worked there in your role, or adjacent to your role.

Go to at least one association or professional meetup and find a plethora of your local peers there. List them.

What about your neighbors? Seriously. I know you haven’t had these types of conversations with them before, but list them. Don’t make assumptions and excuses, just put their names down.

What about people you go to church with?

What about parents of kids that your kids are friends with, or go to school with?

Have you gone through your LinkedIn (and Facebook, etc.) networks and listed people? Some will be useless as far as this job search goes, but be careful to not prejudge their value.

But there are plenty of people OUTSIDE of your space who know people INSIDE your space.

Are you going to job clubs?

Here’s what I love about networking with people at job clubs: they are networking more with your prospects than anyone else around you. They should help you get the right introductions.

So, start at the top level, with categories of people… then write down EVERYONE.

And that is how you start to make a great list.

How do you continue? As you talk to people you should ask “who else should I talk to, that you know?” Always ask for names and introductions. And your list, and networking efforts, will grow.

So will your need to use JibberJobber 🙂