If I had to choose one thing that job seekers do that are full of friction, I’d guess it is the 30 Second Pitch.

Have you ever had to sit through dozens of 30 second pitches? It is painful… close to torture.  Maybe I’m exagerrating a little. Just a tiny bit.

I know all about friction.

For the last almost-12 years I’ve created this little thing called JibberJobber.  It seems like 90% of the time we’ve created stuff that is really cool, but too much.  Too much = friction.

Now we are on a mission to reduce that friction. This might mean reducing or rewording. In some cases it means eliminating. Because of the size of JibberJobber this is definitely an overwhelming Elephant Project… and I’m figuring out what bite to eat next.”

There are so many areas to reduce friction that it’s not that hard to pick one. Each of my team is working on their own bites, and recently I’ve found a gold mine of opportunity: cleaning up the Getting Started Videos. 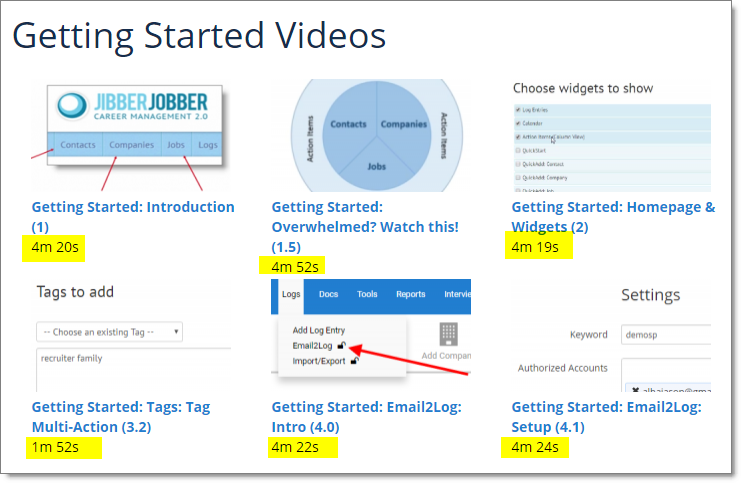 I highlighted the length of videos because that is what I’m working on. This all started because a smart user (and Product Manager) Linda emailed asking about a discrepancy in one of my videos… so I went to look at it. To my dismay, I found that at least 60% of the video was garbage. Friction. Babbling.

Worse, the video was about 12 minutes long.  Here’s what happened: a while back I had a series called “Focus Friday.” This was a Friday morning call I’d do with users where we talked about (focused on) one topic. I recorded those and then chopped them down a little (not enough)… but still, easily 60% was friction.

I’ve been going through my Getting Started videos, picking out the good stuff, and then re-recording the trainings.  Yesterday I took a video down from 14 minutes to 7 minutes… then I chopped more and took that down to about 4 minutes.  4 is a little longer than I want, but it’s a lot better than 14! And, there is no fluff.

I’m on a mission to reduce friction, and the pain of having to sit through long training videos.

I want you to go on a mission to reduce friction. You have to understand what your message should really be, and then focus in on that. If there are any words that you don’t have to use then eliminate them.

Having said all this, my blog post is too long… so I’ll stop here. Please go reduce your friction!