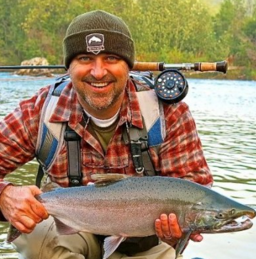 Many years ago I was speaking at a job club in East Bay (east of San Francisco) and had a delightful time. A new friend (Michael Webb) in the audience gave me invaluable feedback afterwards, which was something like this:

“Jason, you are very funny… and you know you are funny.  Let me give you a tip that I learned while doing improv, to improve my own speaking…”

His tip? Give the audience time to react.

Recently my wife directed a Shakespeare play with 12 and 13 year old kids. It was fantastic, of course… but one thing I noticed was that these young actors didn’t quite understand how to let the audience relish in the humor. They would say or do something funny, and then as soon as the audience erupted into laughter (or applause), they would say their next line.

The laughter (or applause) brings energy to the whole room, energizing the actors to be better and the audience to be more involved… and they were “crushing it” (not in a good way).

I recently heard about a salesperson who… okay, get ready to cringe… wouldn’t let the prospect talk.  The salesperson always brought the conversation back to himself… his issues, his thoughts, his experiences… YUCK. That tactic is not in any sales training, book, manual, etc.

how does this apply to you?

Are you talking over yourself, or the other person?  Are you allowing time, during the discussion, to make a point?

This powerful tip learned from an improv session, and passed to me by Michael Webb, is a life and communication skill that I’ll continue to work on, and share whenever it’s appropriate.