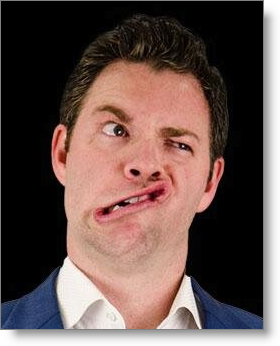 Here’s the first part of his Facebook ad (here’s his video that explains what the ad is about):

“In the past week I have received 5 urgent messages from speakers and entertainers asking how I’ve had such success in this business. The questions are all the same and people are shocked when I reply that it takes work, vision, and lots of stage time.”

Jason’s reply has three parts, and they absolutely applicable to you:

Work: There really is no way around this… work has to be done. Sure, you could get lucky… but what you want (more money, a better job, owning your own gig, selling your own creation, that next promotion, etc.) will most likely require a lot of work. it could be manual labor, it could be deep thinking, it could be working through bureaucracy (aka, playing the game), it could be working on yourself (which is really hard work!) or helping others work on themselves… instead of having “work” be a scary “four letter word,” let’s embrace work, and appreciate the opportunity we have to work. Let’s make the fact that we have to work something that is okay!

Vision: If we don’t have a vision, then what are we working for?  “I want to be a….”, “I want to have….”, “I want to help…” are all statements that will help us know WHY we do what we do. Having a vision is especially helpful when we are faced with a hard task, or troubling times.  Vision strongly correlates with hope… and if we do not have hope, then why in the world do the hard things?  Do not let your vision (or hope) die… you’ll come to rely on it many, many times.

Lots of stage time: So you are a hard worker… and you have a great vision. You are doing great!  Whether you want to be on stage as a professional speaker or not, you need to be in front of your audience. For introverted software developers that might mean participation in online forums… for marketing professionals that might mean a blog on marketing from your perspective, for wannabe executives, that might mean hobnobbing with executives. Whatever “stage time” means to you, let me share two important points: First, Jason says to get LOTS of it. This doesn’t just happen… you have to (a) actively seek it out, and (b) when opportunities come your way, you say YES.  You want LOTS of stage time. Second, YOU WILL FAIL. I have presented hundreds of times, and some of you might know I’ve failed more than once. Once I failed so bad I seriously considered just not speaking anymore.  It was an embarrassing failure. I did take a few weeks off, but I knew that I needed to get back on the (speaking) horse. I did… and later on, I failed again, and again, and … then I found myself failing less frequently. I got BETTER. I learned from my mistakes. But I wouldn’t have learned from my mistakes if I hasn’t made them. Get LOTS of stage time so you can learn to be better.