This was going to be a 3 part post, but I just reread it and decided to make it 4 parts.  Today’s is the LONGEST, as it is the story (yesterday I introduced the idea).  I’m starting with the very last thing this person wrote: 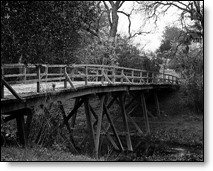 I started my career in The Telephone Company. Judge Green. RIFed generously. Went to Wall Street; made nice money. Own businesses. Bounced around. Recognized the changing paradigms of “employment”. And coasted into “old age” by landing my “Last Job” (I saw the “Last Lecture” video. Stole the concept!) at another big company for my transition into my “golden years”. Got sacked by age discrimination. Saw it coming. But, was powerless to stop it.

This blog post is your wake up call. You maybe somewhere on the wrong side of an age that ends in a five or a zero. “It’s going to happen to you” you think. You need to adjust your thinking so that when it does, you’re ready for it. I wasn’t. It’s happening to you, silently; every
day you put foot to floor, it puts one more thread to your anchor.

We all know that there is age discrimination in hiring. Hair dye, functional resumes, and dropping graduation years from school are all symptoms. You can’t hide it. Career counselors urge your to turn a negative into a positive. Ever try to keep water out of a hole on the
beach? You have to acknowledge how pervasive it is. I think I have some coping strategies; nothing to stop or prevent it. But surviving it!

I was 57 when I came to my Last Company by selling myself into it. I found a strategic structural Information Technology Customer-impacting problem, and sold myself as a “fixer of it”. Pushed aggressively. I knew that there was age discrimination out there, but, despite being
relatively financially OK, I wasn’t OK enough to go 8 years without a paycheck until SocSec and Pensions kicked in. I NEEDED another job to bridge the time. I selected my Last Company for a high probability that I could spend 8 years there. My salary expectations were modest;
I wanted time to bridge to retirement.

It was a really screwed up; that Last Company. Be it incompetence, stupidity, or crookedness, I arrived to find the job I had been hired for was no longer there. Reorg! It was a punch in the gut. They had something for me to do. “To help them out” while they figured out their recent reorg. I say crookedness, because I suspected, but never could prove, that they had “bait ‘n’ switched” me. If offered the job I was now doing, I wouldn’t have accepted. But, now that I was committed, what choice did I have? The offers were not exactly rolling in for this Old Guy. I knew there was age discrimination out there. Remembering I was looking for a bridge, not a career, or a
stepping stone, I shut up and buckled down.

As a footnote, the problem I sold into to solve, I got fixed in about six weeks in my spare time.

I milked that interim job for three plus years. And did a lot of “stuff”. Then, they had another bloody reorg. My boss, naive in the ways of corporate politics, took care of himself, getting what he wanted, and, inadvertently, threw all his seven people, under the bus.
When the reorg smoke cleared, the other six were “pink slipped”. They were all younger than me. They had families to care for, lives to lead, and ambitions to fulfill. So they moved on. All I wanted was to walk the rest of my bridge.

As  a footnote, I’ve talked to that fellow many times, and I think he was honestly fooled by the words in reorg talk. I think he felt bad. But, not too bad, he was happy with what he got. It wasn’t him under the bus. I was the lone hold out.

Remembering my goal was a “bridge”. I sucked it up and endured. Bungee managers, “insults”, and poor treatment. I was crossing my “bridge”.

Then, after yet another reorg, I could sense a change in the wind. All the deadwood was gathered up under a new meaningless title. Org charts were produced. Promises made.

It was a plain on the nose on your face. I was “hanging out” in the wind.

One promise was that all the surplus would get first priority to interview for all positions. Lie! There were other lies and betrayals, but that was the first and biggest!

A job, “perfect for me”, was filled, without them following their own process, without me even getting a courtesy interview, by a younger woman. She moved into my old office, as I sat in a cube outside it.

My warning bells went off.

I began documenting each slight, each failure to follow process, each pass over. It became a body of evidence. I kept “my doomsday file” in my car. I documented each age-related departure.

Finally, my time came. My then boss called me to a “meeting” in a different part of the building. It was supposed to be a “one on one”. There was another woman there. HR. “Position eliminated”! I knew what it was. Be there, done that, had the t-shirt. I signed nothing and
gave them notice of my intent to sue.

I went from there, escorted out of the building like a thief, to my lawyer. Stopped on the way home.  (Remember my file? It was in my car for a reason!)

A flurry of activity to bring the lawyer up to speed. He thinks I have a credible claim. (What lawyer being paid wouldn’t say that?) I don’t want a fight. I want those three years.

We’ll see if that lawyer can get it for me?

So, don’t’ cry for me (Argentina?). I write this for you to be warned. Like Marley warning Ebeneezer, I hope you hear my chains, my pain, and my strain. And, be afraid. Be very afraid. Here’s my impression of Dickens and hopefully I’ll scare your into action. I’ll send you three
Spirits that will each have three suggestions. Marley sent: Past, Present, and Future. I’ll send: Strategies, Tactics, and Learnings.

The followup posts this week are:

Feel free to share your age discrimination story in the comments.