Today is our two year anniversary! We are offering a buy-one-get-one-free offer for a one year upgrade (through Monday night) to JibberJobber – click here for more info! 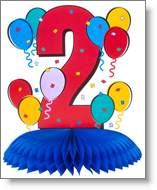 I’ll never forget it… anticipation had been building and everything was coming together.

That night, May 15, 2006, I closed shop and drove 20 minutes away with my five year old son for a “fathers & sons” campout. I was anxious because sometime while I was gone, JibberJobber would go live. I remember calling my wife about every half-hour asking “Is it live yet? Is it live yet?”

I doubt I slept well that night.

The next day we left early, instead of playing all the games. I rushed home to see the site… what would become my new career. My eight year old daughter surprised me with a birthday cake for JibberJobber… this was definitely a family affair!

Let me share some of the “wins” that we have had in the last 730 days of JibberJobber:

So let me give some thanks, where thanks are due:

First, to my wife. If I can’t think of any other critical success factor in a business like mine, for a married guy, than the support of the spouse. Even though we both grew up with government-employed parents, she has a grand capacity for this crazy entrepreneurial venture. If anything could have shut down JibberJobber, it would have been her – but she has a vision of how JibberJobber helps people when they most need it, and is fully supportive of these last 2 years. Thank you!

Next, to my kids. My children have been very supportive as well. Their excitement when I share “wins” with them, when I come home from work, when I come home from a trip… it’s contagious and helpful. I especially appreciate hearing them include JibberJobber in the evening or meal prayers… it’s on their mind and they are my greatest champions.

Next, to my extended family. From investing in JibberJobber to passing business cards around to acting as sneezers and champions and tippers, I’ve felt immense support from you and I’m deeply greatful.

Next, to my very competent team. We feel extremely blessed to have our dev and QA professionals behind us… these are the people who make us look good! I’d like to talk more about them but I don’t want anyone to steal them away :p

Next, to my career partners. I am honored to have partnered with some of the biggest names in the career coaching and resume writing industry. It’s humbling, in fact, when I think about who has partnered with JibberJobber, and their continual support, encouragement, and advice.

Next, to all of my cheerleaders and champions. Whether they are users or not, there are plenty of people throughout the country who recommend and talk about JibberJobber. How cool is it that I’m not in this alone, and having people who help spread the word!

Finally, to all of the people who have taken a few minute to signup, and start using JibberJobber. I hope that this is something that has proven useful to you. I have a virtual group of users in my mind who have sent me feedback, ideas, suggestions, requests, and even bug notices… YOU have helped mold JibberJobber, and I thank you!

Okay, has it all been roses? Nope, absolutely not. Check out this e-mail that I just got:

“I want to unsubscribe to this damn thing…”

For the record, only once in two years have I heard JibberJobber called “this damn thing.” 🙂

But there are far more fun/exciting times than down moments. The future is bright – here’s to Year 3!

11 thoughts on “Two Years Ago Today, A Website Was Born”