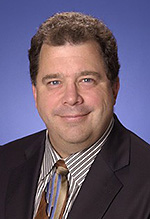 As promised in an earlier post this week (I Hate My Coach) I’m going to out my coach today. I can’t really do a drum roll because the picture gives it away.

I came across Kent Blumberg back in September when I read Louise Fletcher’s post about Kent’s blogging, and how he was a great example of personal branding. I reached out to him and we’ve had a really neat relationship since then. Kent was knee-deep in an executive job search, and had recently started blogging – so we had both of those things in common. His job search was going to be a long one, just like mine was. He very quickly saw the value of JibberJobber and I found myself the recipient of his e-mails and ideas.

A month after I found him I awarded him the You Get It prize for October, 2006. I remember calling him the morning I posted (our first call) and I said “hey, I have this award I’m giving to you, I just wanted to know if you are in a job search, and could I say that?” That was our first call, and we’ve had a number of them since then.

When I went to Houston over Christmas he found out about some days I scheduled for business and offered to meet me. Pretty cool, huh? Here’s what blew me away – Kent had to drive about six hours to meet me. He came early (our first meeting was at 7am in a restaurant), stayed in a hotel with his wife, and spent most of the day with me in my meetings. Of course, he had many excellent contacts in Houston so I think he got other stuff done on that trip but for me it was extremely flattering that he’d make that effort to hook up with me and spend that much time with me.

A few months ago he told me he had something big he was working on but wouldn’t tell me what it was (you have to be careful what you tell bloggers, you know!). When he was ready I learned that he decided to become a coach. He would coach people in their career (management or executive) or executives in transition. He asked if I’d be interested in a free coaching session to see how it goes.

It was kind of weird because I have about 20 partners who pay money to be my partner, and many of them are coaches! But of course it was free, and it would help Kent as he was working on his certification, and I had immense respect for him as a business leader and executive. I had longed for a real mentor at my old job where I was the general manager and got nothing. So to get a chance to have a real coach or mentor of Kent’s caliber was really, really enticing.

We’ve since had about seven sessions and, as I alluded to in my earlier post this week, they are not really that easy. I don’t want to lose Kent’s respect, so I put effort into the sessions, I keep it real (honest), and we have some pretty deep discussions. I feel bad about not doing all of the “homework,” but hey, I’ve got a business to run. Last week I told him that I feel bad about missing two homework assignments and he said “you know, maybe these assignments just don’t work for you.” Man, they don’t! It’s cool that he has the wisdom/maturity to recognize what I really need and not make me fit into the ideal candidate.

So anyway, that’s how it happened. It’s been hard but it’s been good – I feel like I’m more grounded, that I’m doing the urgent/important things and not the emergency things (Covey’s quadrants). Kent’s background and career were a huge part in the decision to pick him as a coach, and the fact that he’s getting trained and certified were critical.

A couple of months ago he said that his goal is to have 100 coaching sessions in 100 days. I’m not sure where he is at but I’m sure he would love to give you a complementary coaching session – I know I have many readers who are in management or business ownership that would be perfect for this type of discussion. If you have never done it before I encourage you to shoot Kent an e-mail.

Tell me about your coaching experiences, who your coach is, etc!

If you are thinking of domain registration, make sure that you trust a reliable windows hosting and only then go ahead with the domain name registration. Even then, look for services like internet phone service as well as the web design consultants. If you work at home, that does not mean that you have to compromise on your website design.

3 thoughts on “Who Coaches Jason Alba?”