Once, for years, I worked for a bad boss.

Without naming names, because this person is still alive, I’ll tell part of the story.

Our integrity is on a scale. Sometimes we have more. Some people have more. Circumstances can change our level of integrity.

I found there was a gap in our levels of integrity. I could tell you stories but, again, I can’t have this traced back to the person or the company where I was.

Plus, I don’t need to tell YOU stories because you have your own stories. I’ve heard them as I traveled around the U.S. and spent time with job seekers. From Boston to San Diego, Seattle to Miami, I’ve heard about crap bosses. There is no shortage of bad boss stories.

So, back to my story. My boss and I worked pretty closely together. I found there were misrepresentations about what was happening with customers and our team and the product and the market and the finances and … just about everything. My boss came back from a meeting and said one thing… because of my new role I called the customer to say “thank you… I just heard that you agreed to _____.” I then got chewed out by the customer saying that absolutely not, under no condition did they agree. But my boss just told me that… and there was no way his or her words could be misconstrued. 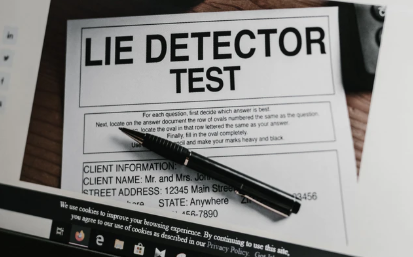 Everything was a lie. Really big stuff, really small stuff. Everything. While I am generally a pretty honest person my boss couldn’t make it a few hours without some grand lie.

Fast forward a bit, having worked in this toxic environment for a while.

Wait… you say that’s not a big deal? That doesn’t warrant toxic? I’ve thought about this a lot. The mismatch in our integrity was really, really bugging me. I did not like being in a meeting with someone I couldn’t trust. I did not like knowing that my boss might be misrepresenting our situation, or capabilities, our product, or me. If he or she couldn’t be trusted to tell the truth about the small or medium or big things, he or she couldn’t be trusted with anything.

One night I was flying home from a conference or customer meeting or something. I don’t remember where I was, or why I was there, but I remember connecting in Las Vegas. I think it was around 9 or 10 at night. I was exhausted. The airport was half empty, with other exhausted travellers. These were the business flyers who commuted a lot and weren’t there for a vacation. I remember standing outside of my gate and realizing “You are going to have a heart attack on the plane.”

Heart Attack On The Plane?

I’m not one to have those kinds of thoughts or feelings. But that night I just knew I might. I wondered if anyone on the plane would be a doctor or nurse. I wondered what training or equipment the flight attendants had. I wondered if I’d be on the news… if I’d die, or if this would just be a big sign that I needed to slow down.

All of those thoughts came out of nowhere and flashed through my mind in a few seconds. I wondered if I should not get on the plane and have a heart attack on the ground instead.

My chest was tight. I was worried. But I just wanted to get home. So I got on the plane and … nothing happened. I had a normally, boring flight.

I landed, grabbed my luggage, and drove 30 minutes to my home. I kissed my wife, dropped off my bags, and said “I don’t feel good. I am going to urgent care.” I drove myself to urgent care and said some words about “tight” and “heart” and “chest” and found that when you say the right words you don’t have to wait. You don’t even have to fill out paperwork. They scoot you right into a room and hook up stuff that you don’t want hooked up. Cold gel, wires, beeping machines. It’s surreal, like in a movie.

I was able to relax knowing I was in a good place. Safe. Would be taken care of.

Finally, a doctor came in. He said “well, it looks like you didn’t have a heart attack. There is nothing abnormal about the rhythm.”

Relief and Ticked Off

He would soon explain to me that the pain I was experiencing was what he called a “pre ulcer.” That is, I didn’t have an ulcer (in my stomach) yet, but I was close. He told me I was stressed, and gave me some medicine. I was so mad.

I had gone through a lot of stressful situations in my life and had never had an ulcer. I remember hearing about kids stressed out in school trying to get their 4.0 GPA, and working themselves into an ulcer. I had heard about others who were mega stressed and getting an ulcer. I prided myself on being more level-headed and managing my stress better. I had gone through lots of school, various jobs, a few kids, and plenty of other things, and none of those stressful things had given me an ulcer.

My symptoms were real and scary, but I could finally know what my medical problem was. And I realized that the turmoil I was feeling had physical consequences.

When people talked about a toxic work environment I always thought they could suck it up a little. No workplace is perfect. There will always be friction.

I had no idea that some workplaces were so dangerous, though, to our physical and mental well being. Just do your thing, and be yourself, etc. Be strong, water off the ducks back… whatever you need to tell yourself.

But I have not been sexually harassed at work. And all that positive self-talk doesn’t alleviate or resolve sexual harassment.

I have not been targeted by a workplace bully. All that positive self-talk doesn’t make the bully any less annoying.

My issue was that my boss and I didn’t see eye to eye, philosophically, on what is right and what is wrong. I had no idea that there would be a level of toxicity that would so greatly impact my physical health.

My advice to others in situations like this is generally to leave. It’s just not worth it to stay. I’ve heard about people leaving work and crying all the way home because their work environment is so toxic. If the leadership can’t address this, and either move or remove the boss, I lose respect for the leaders. I know why they do it… they are unsure how to proceed. They are betting that the value the bad boss brings will outweigh the harm they are doing. Or, they are just afraid of confrontation.

I saw this in another job where a boss was cancerous to the organization and the leaders did NOTHING. It was shameful. In a situation like that, where the bad boss stays, or gets promoted, it seems the only two options you have are to (a) wait it out or (b) leave.

Waiting it out might be the right strategy if the toxicity is something you can manage, and your hope is great. You might hope for your team, or your product, or your customers, or for opportunities. This hope is like a magnetic force that keeps us at work, even when it’s bad.

Waiting could be the wrong answer though. Early in my career I worked at an organization at an entry level job. We were told that the only way someone could get promoted to the next department, which would come with a substantial pay raise, would be if someone in that department died. Well, finally, someone died. And they decided to NOT fill his position.

You could wait for your boss to leave. For leadership to wake up and realize your boss is so bad they need to kick him or her out. But that might not happen. Leadership might give the boss the benefit of the doubt, or put them in coaching (with a year or more of time), or just turn a blind eye.

Your waiting might result in nothing but more toxicity.

Like I said, it might be worth it. Sometimes it’s better to have a job than to be out of work and looking. This is a measured risk you must decide on.

I respect people who decide to leave. The value their own sanity and health. They value themselves and know they shouldn’t be treated a certain way. And they think they can land somewhere else. Sometimes that works out nicely. Other times they flounder for months and go through a lot of emotional stuff during a tough job search.

The may jump out of the frying pan into the fire, but it was an intentional choice. Rarely do I hear someone say “I wish I would have stayed with that toxic boss.” More often than not I hear them say “I left and now am working at my dream job.” Even if they took a cut in pay, a better work environment, or better boss, or better commute, or whatever made it all worth it.

Leaving could be hard. When I KNEW I should have left I worried first about my team. I shouldn’t have, because they were all going to be fine (many of them left). But I worried about them. I had been their leader. What message would leaving send? (Of course, it would have sent the right message. I can see that now).

It was hard. But I should have done it. Instead, I put it off. I look back now and see that was an immature time in my career. Where I’m at now, I would not have put up with that crap. I would walk away. There are plenty of fish in the sea.

There are lots of little sayings about the grass NOT being greener elsewhere. Or the grass is green where you water it.

Is grass greener elsewhere? Yes. It’s green, and brown, and purple, and blue, and yellow, and all kinds of colors. When you think about where you would be most happy it’s not necessarily at a “best companies to work for” place. It might be at a government job. Or a small startup. Or in software, or in a bakery, or … I don’t know. YOU need to figure out where YOUR green grass is. You need to figure out what your best fit could be, and where you’ll be most happy.

I’m most happy at an executive level, where I have decision-making, authority, strategy, influence, vision, an a role in operations.

I was offered a job for close to 200k. It was appealing… not just the money but who I would work with. But I would be about FOUR levels below where I wanted to be. I turned it down. I can’t go in at a lower level at this point in my career… I know I’d be unhappy.

And then, go find it. It’s out there.