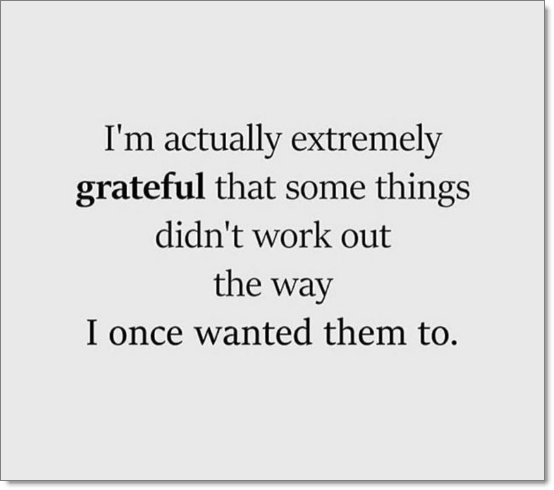 I was immediately reminded of the time I took the Spanish language tests to be a translator for the FBI many years ago. The pay, as a contractor, would have been double what I was making. I could have worked from home, set my own hours, and immersed myself more into Spanish. I just barely failed (it was pass/fail)… very, very close to passing. The failure was subjective, and I felt extremely let down.

But it was for the better.

Later, when I was general manager of a software company, which was a subsidiary of a larger company I thought I’d be with “forever,” things didn’t work out and I ended up on the street (not living on the street).

I had no idea how that unfortunate series of events would be for the better.

I’ve had at least a dozen of these types of experiences. And I’ve heard dozens more, over the years, from JibberJobber users. And many times, what comes later is better.

Last week I was at the Pluralsight Live annual event. It was amaaaaazing! Ellen DeGeneres was the final keynote, and had a bunch of wisdom and insight she shared. Aaron Skonnard, the CEO of Pluralsight, asked what advice she would give her 12 year old self. In short, she said “everything is going to be okay.” Ellen said at 12 life was still pretty chill, but a few years later it would get complicated. And that advice, “everything is going to be okay,” is what she would want her younger self to know.

It’s hard, when you are going through the hard stuff, when things aren’t working out the way you think you want them to, to be grateful and have that higher perspective. It’s much easier to look back and say “huh, that wasn’t as bad as I thought, and indeed, everything turned out just fine!”

When we are in it, we don’t easily have that perspective.

But one day you might sit back, after this hardship of unemployment or career change, and think about how extremely grateful you are that those plans, those things, didn’t work out. Because one day you’ll be in a better place, with a better boss, with better partners, and better opportunities. You’ll look back and not even believe that things could be so good.