Well, sometimes it’s better to realize when to walk away from a problem, but solving a problem is pretty awesome.

Yesterday I talked about problem solving in this post: What’s Your Biggest System/Process Gap (Problem)? I talked about a little problem that we’ve had… something gnawing at my mind for a while… it was simple, and not a big deal, but it was a problem.

Just today, I found out it has been fixed.  Now, when you do a search on the top-right search box, the dropdown of suggestions will look right (instead of hidden behind the menu.  Yeah! 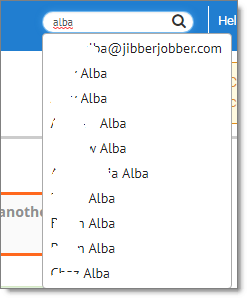 No big deal, right? Well, here’s the deal: If you have something gnawing at you it could be slowing you down. It’s on your mind, and it’s a distraction. If it’s a simple thing, FIX IT!

Years ago I worked for Don Aslett, who owned a big cleaning company. He also wrote dozens of books and traveled the world speaking. He talked a lot about decluttering. I remember him talking the attic, or shed, or whatever that space is that you throw stuff that you don’t look at for years.  He said that you have to declutter that because, even though you don’t see it, and hardly go there, it’s still there. That clutter is mentally cluttering your mind.

Things that we think are just out of our view, and “away” from our daily routine, still cluttering our mind? Even if it is in “the right place” (for now)?

Once you declutter the attic, it’s not on your mind anymore!

Same thing with those little nagging, annoying things that we’ll get to “later.” I’m not saying to drop everything (especially the harder parts of your job search) just to get these things off your list. But it might make a lot of sense to make a plan… whether it’s getting up thirty minutes early or spending a certain amount of time each day on these and JUST GET THEM DONE, little by little.

Chipping away at these annoying things can free up your mind and make you feel less guilty and more productive.

Yesterday was about a problem solving process… today is about getting things, even the small things, knocked off your list!