What a horrible title. I hate writing about anything that shows shortcomings in JibberJobber… especially buggy looking things.

But, hey, we are software, and there is always the possibility that something doesn’t work. Like the time our host company’s ISP did something stupid, and our site (as well as all the other sites hosted by them) went down for a few hours. Or the time that… oh well, never mind, it’s not that important.

Lately, we’ve had issues with Mac users using Safari. It’s frustrating to have things work in a bunch of other browsers (like Firefox on a Mac), but random things were choking on Safari on a Mac.  Like, saving a new contact works fine, but something weird was happening with saving custom fields on an old contact… and it got weirder and weirder with each subsequent save.  YUCK.  This is super hard to find.  So we really on users to say “AAAARRRRGGGGGGHHHHHH!  Why is this broken!?!?!?”

I had similiar problems back in 1999, with Netscape vs. Internet Explorer.

Last year we had various issues with Outlook users and Email2Log.  Why?  Because Microsoft did some “cool” things that were not within the standard.  To you it looked like it was broken. To us it meant we had to develop exceptions, like “If this is from outlook, then do this weird stuff that we shouldn’t have to do.”

This appears to be the same issue we’ve recently had with Safari.  Which means it costs us time, money, and puts off development that we’d rather do. And of course, our Safari users say “seriously… why isn’t this working??”

Alas, we fix it, because that’s what we signed up for.

Want a peek into how complex this issue really is?  Here’s a snippet from Sauce Lab’s website, which provides testing environments on a bunch of different platforms.  How many?  Check this out: 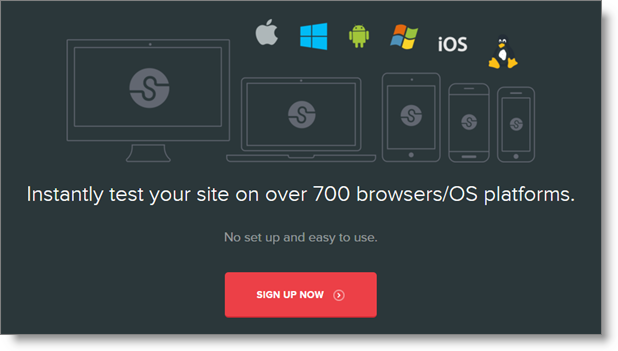 Seven. Hundred.  Ugh.  How is it that we are supposed to make something that works on seven hundred different platforms?  That is really quite absurd.  Even with automated testing, that is just plain stupid, especially when you have companies that work outside of standards.

I’m not saying any of this so you feel sorry for us, and we’re certainly not throwing our hands up and giving up.  We’re also not saying that JibberJobber will work on 700 platforms (many of those are older browsers – the answer is to update your browser if you are on something really old).

What I’m saying is that sometimes something that looks really easy is a lot more complex than it appears.  Let us know when something isn’t working, and we’ll jump on it.  And you get bonus points if you are nice (or, at the very least, not scathing, fuming, cussing mad).

What I’m really saying is, thanks for your patience 🙂