Last week in Utah there was a crazy wind storm… it caused all kinds of accidents, and blew people’s stuff around their backyards.  And, of course, it caused a few Globe Willows to fall down.  Globe Willows are called “garbage trees” because of the amount of branches that fall from them… they grow very, very fast, but are also susceptible to having big branches fall in a storm.  Last week a friend posted a picture on Facebook of his tree that had fallen towards his house.

I had only had one occasion to use a chainsaw before, and it was pretty fun, so I jumped on the chance to do it again.  On Facebook he said he would chop it up best he could… he said he didn’t have a chainsaw, but he had an ax.  I’m sure he was joking about using an ax… have you ever used an ax? It’s very hard work, especially on a job like this.

A chainsaw is the tool that can make this a job to do in less than an hour.  Using an ax would be a full day of frustrating and tiring work.  It is NOT the right tool for this job.

I took my kids over and we had a fun time with two chainsaws.  My 14 year old did a lot of the work, and two of my girls got a chance to use the chainsaw… their first experience.  We are all more experienced now… and on the way home we got some ice cream cones, and unloaded a van full of firewood.

If we used an ax, we would not have finished even half of the tree, it would have been a lot messier, and I would have been completely worn out.  None of that was the case… because we had the right tool.

In your job search, JibberJobber is the chainsaw.  Your spreadsheet is the ax.

Yes, the spreadsheet can do the job. But it will require more time, and be more tedious, and take more mental energy, leaving you drained.

Put your effort into networking, not into forcing your tools to work.

The night before we did this job, we went to a friend’s house to borrow his chainsaw.  He said “most people want to push down on the branch they are cutting.  Don’t do that… let the chainsaw do the work.”

If you are muscling through a spreadsheet, you will have to “push down” and do a lot of work.  You’ll get tired, and wear yourself out.  Or, more realistically in a job search, you’ll become less organized, and spend too much time making the tool work.

It’s your choice.  You can even use a steak knife or garden shears to do this job…. but in a job search you don’t have to go for the wrong tool.  Simply get an account on JibberJobber. It’s like a free chainsaw. 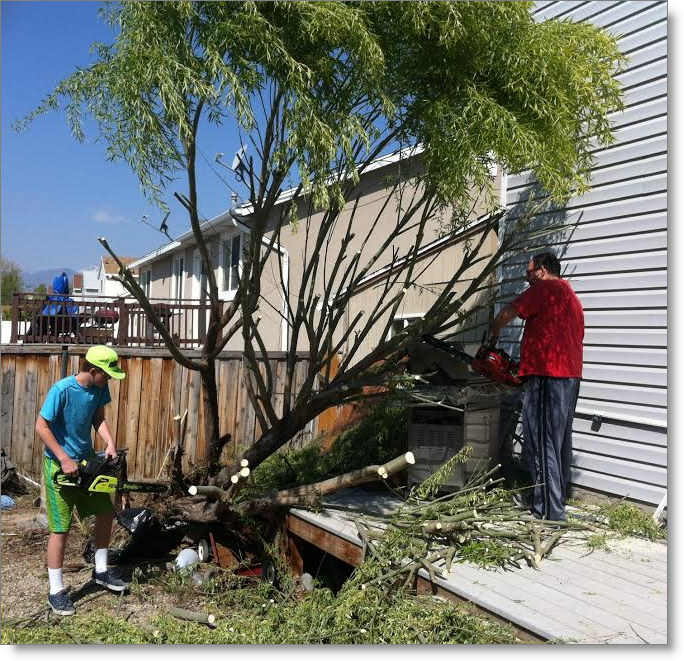 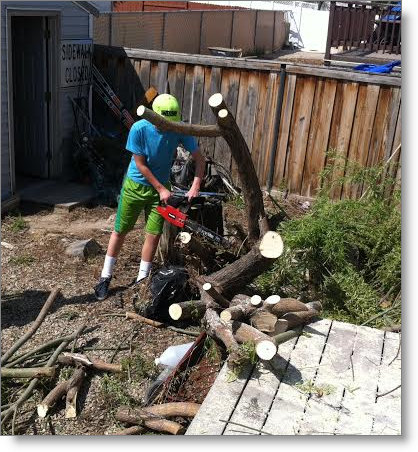