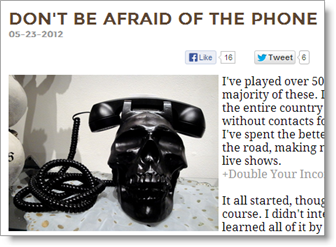 I somehow got turned on to Ari’s Take, an awesome blog of Ari Herstand.  Ari is a musician who blogs about how to make money as an indie musician. I’ve been reading a number of his blog posts – they are awesome.  Pretty much everything he writes about is the same stuff I’ve been writing about.  Get the correlation between a job seeker and a musician trying to get on the map?   Too many similarities to list.  I’m sure the parents of a musician probably think they are unemployed.

Read the post, get inspired to call someone today… but also study his email strategy.  He talks about one, two, three… even seven or eight emails!  And check out the format, content, and message of his emails.  Check out the email signatures (awesome, awesome!). 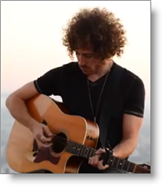 Folks, I’ve blogged about all this before.  Now I’m sharing Ari’s post because I want to show you that improving your communication (email, phone, etc.) is something you need not just for this job search but for the rest of your career.  Embrace this idea, don’t run from it!  Get better at it NOW, consider your job search a time for personal training and improvement, and it will help you be better for the rest of your life!

Here’s a video of one of his songs, and here is his youtube page. Check him out!