JibberJobber was about three years old when, one day, I got a bunch (A BUNCH) of new signups from New York City.

Where did they come from?

They said they came from NBC.

When we say that there were cheers of elation, and perhaps some fainting. I think this was the first major TV exposure we had.

I was indebted to Sree for finding JibberJobber and mentioning it to the millions of viewers.  Here’s an image, which goes to the video, called “Need a Job? Go High-Tech“. 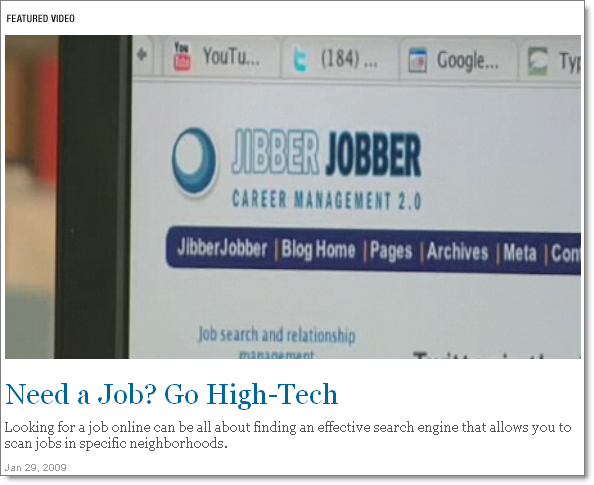